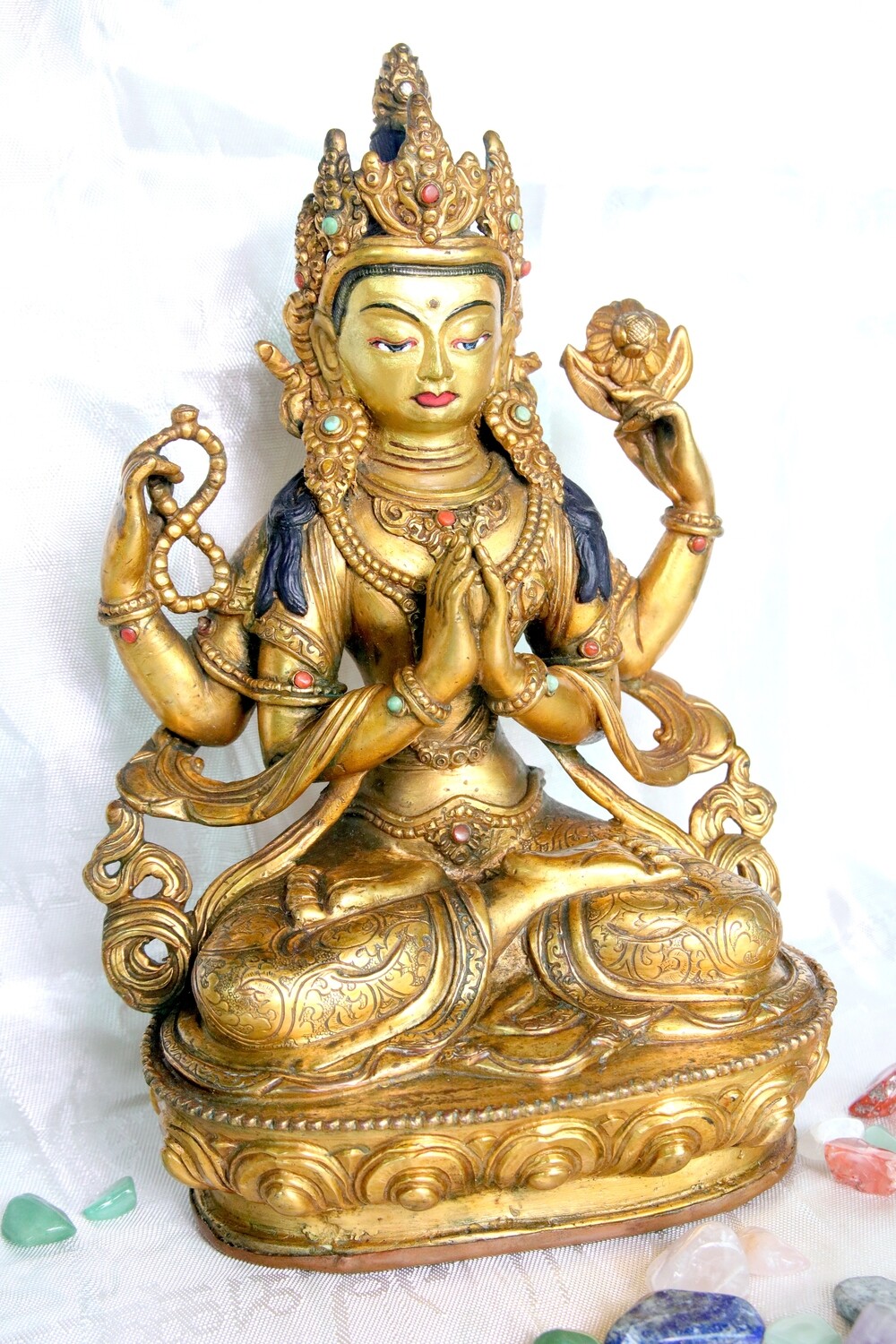 In Buddhism, especially in the Mahayana, Chenrezig is the yidam deity or bodhisattva who symbolises compassion.

This unstained Bodhisattva is attired royally with six jeweled ornaments which consist of the crown, earrings, bracelets, necklace, bejeweled belt and anklets. Outwardly, he wears the six jeweled ornaments with grace. Internally, he has perfected the six perfections or paramitas, inspiring practitioners to practice generosity, morality, patience, endeavour, meditation and wisdom to become truly beautiful from the inside out.

The statue is depicted in the four-armed form. The four arms represent the four immeasurables of Loving-kindness, Joy, Equanimity and Compassion. Two hands are folded in prayer, holding a wish-fulfilling jewel at his heart. In this same way, he holds Bodhicitta, or altruistic love for all sentient beings close to his heart. In his other left hand he holds a lotus flower and in his other right hand, a mala (rosary), which he is using to count the repetitions of his mantra, Om Mani Padme Hung Hrih, which liberates all beings from suffering.