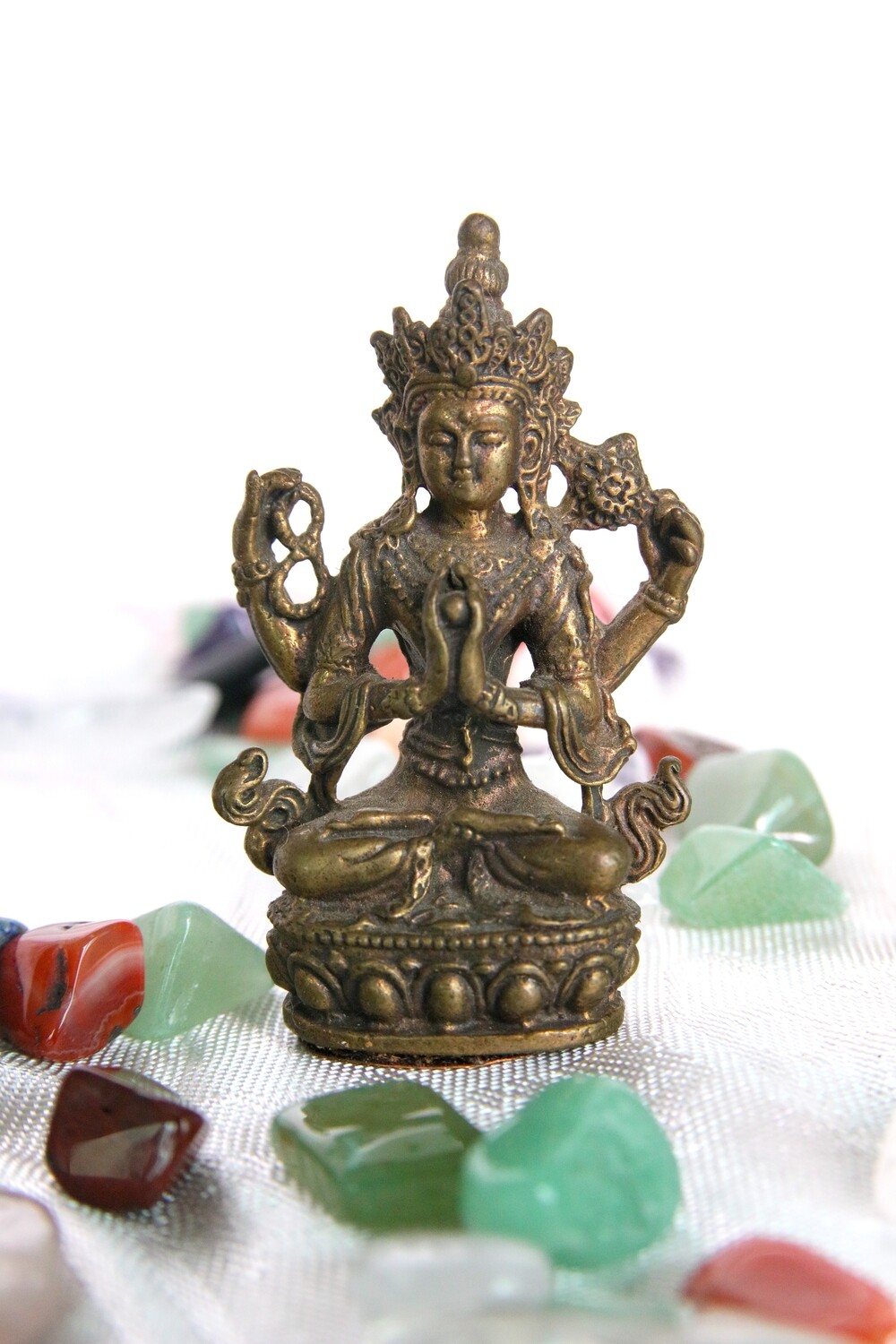 In Buddhism, especially in the Mahayana, Chenrezig is the yidam deity or bodhisattva who symbolises compassion.

The statue is depicted in the four-armed form. The four arms represent the four immeasurables of Loving-kindness, Joy, Equanimity and Compassion. Two hands are folded in prayer, holding a wish-fulfilling jewel at his heart. In this same way, he holds Bodhicitta, or altruistic love for all sentient beings closes to his heart. In his other left hand he holds a lotus flower and in his other right hand, a mala (rosary), which he is using to count the repetitions of his mantra, Om Mani Padme Hung Hrih, which liberates all beings from suffering.