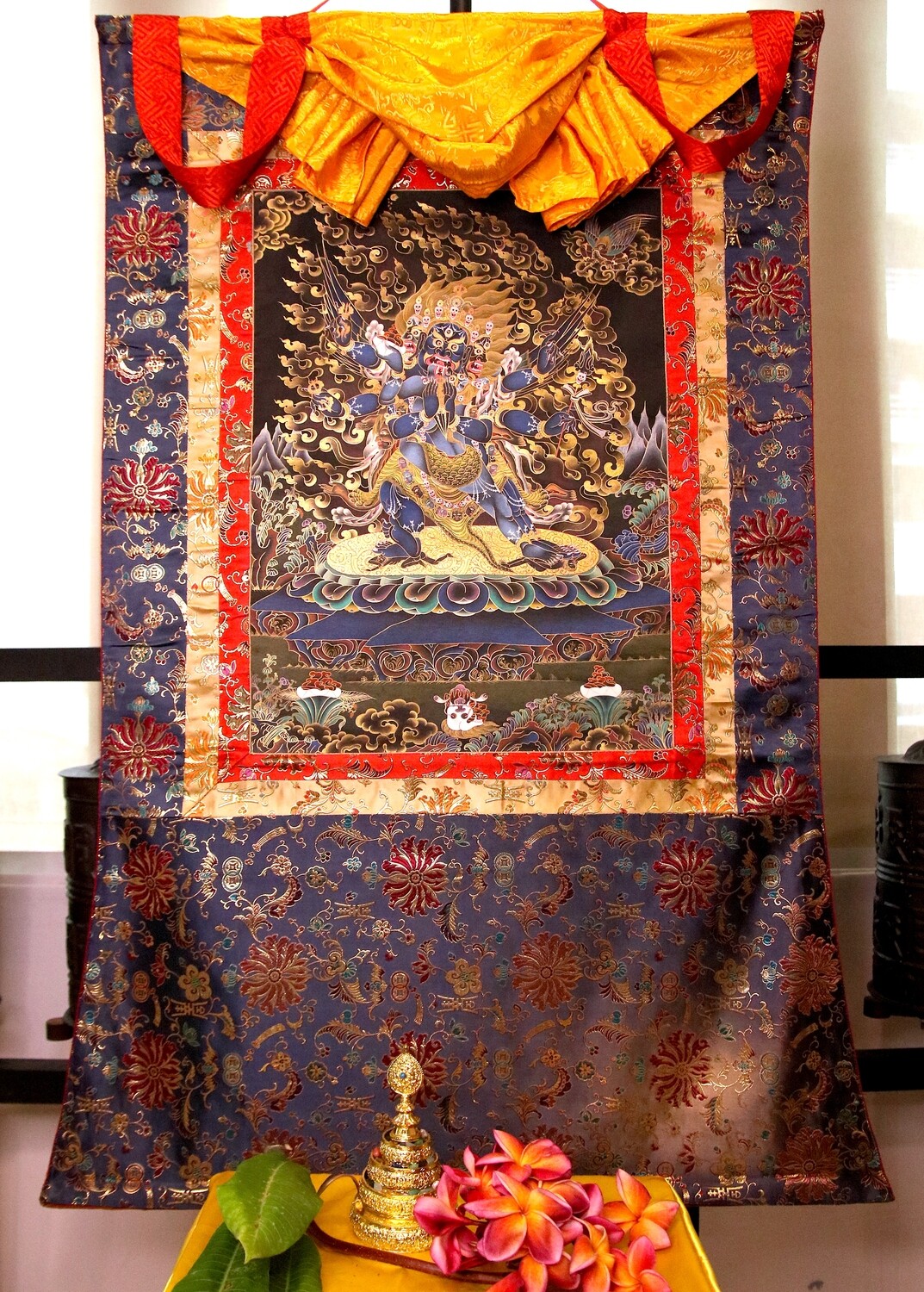 SKU T007
S$650.00
For the practice of Vajrakilaya
Out of stock
1
Product Details

A magnificent wrathful image of Vajrakilaya in luxurious blue and gold hues, hand-painted and framed in Tibetan-style cloth brocade.

Vajrakilaya has three heads of different colors in a crown of skulls, six arms, and four legs. The distinctive iconographic trait is that he holds a gold dagger in his two middle hands. His right hands extended each hold a gold vajra with five and nine prongs, his upper left holds a flaming snare and the lower left holds a trident ornamented with a skull.

His consort light blue in color clung onto his body, with her left hand holding a blood-filled skull-cup and her right hand embraces his neck. A rope ripples over his lower body. A knee-length loin cloth winds around his belly belted with a tiger skin complete with tail, claws, and strands of severed heads. He is wearing adornments and pieces of jewelry of earrings, bracelets, anklets, and a hair ornament.

Under each of his feet are two demons that he crushes representing the obstacles to spiritual realization.

These fine details are clearly painted and expressed.