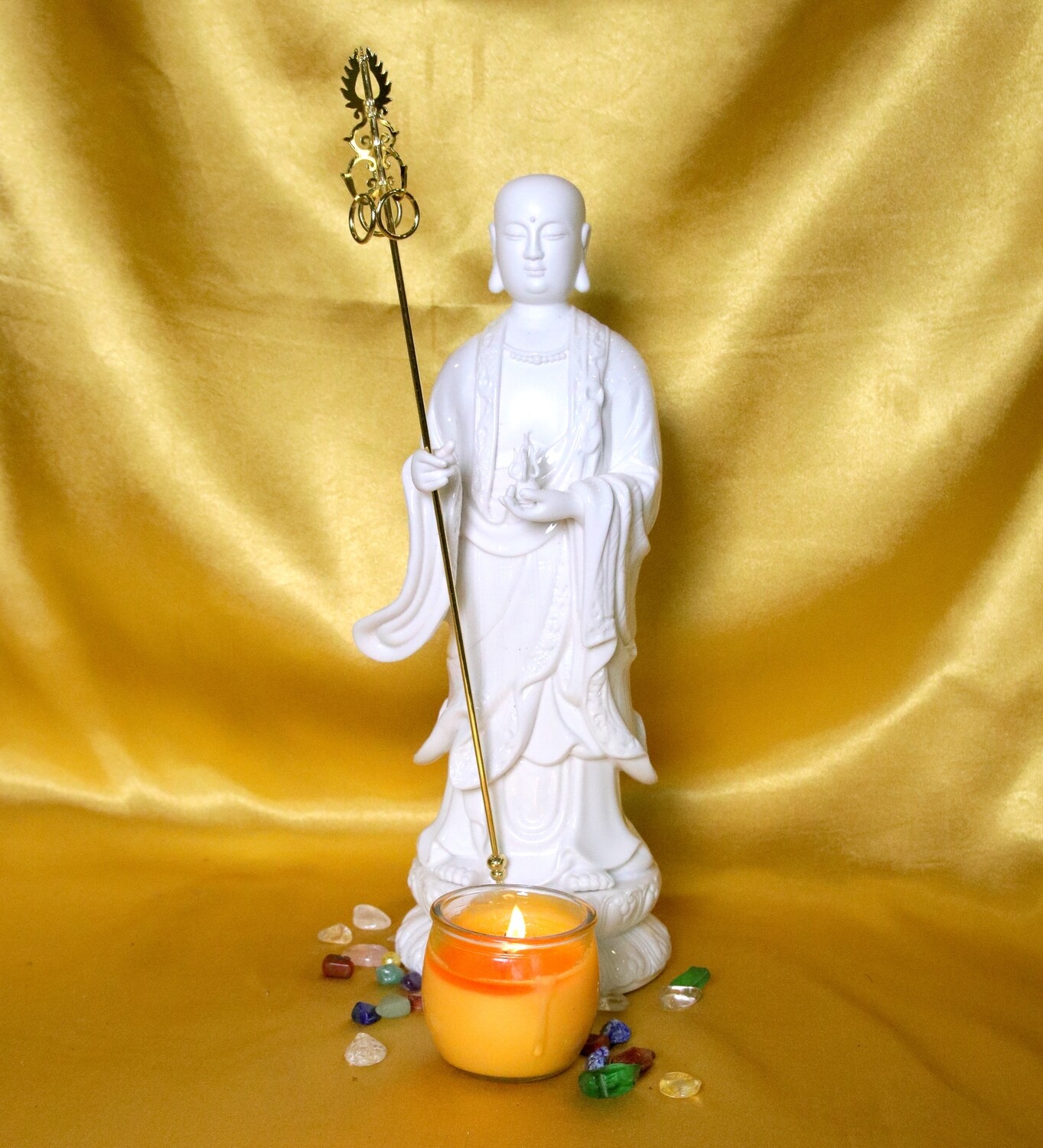 Kṣitigarbha is a famous Mahayana Bodhisattva who is especially popular in Asian countries where he is worshipped as Dizang in China and Jizō in Japan. Renowned for his vow to postpone achieving Buddhahood until all hells are emptied, Kṣitigarbha is regarded as a saviour figure of immense compassion who seeks to save beings trapped in hell. His famous vow, recited by many Buddhists, is, "Not until the hells are emptied will I become a Buddha; Not until all beings are saved will I certify to Bodhi."

Usually depicted as a monk with a nimbus around his shaved head, he carries a staff to force open the gates of hell and a wish-fulfilling jewel to light up the darkness.

This statue is 12.2' in height, made of high-quality white porcelain and is expertly crafted.