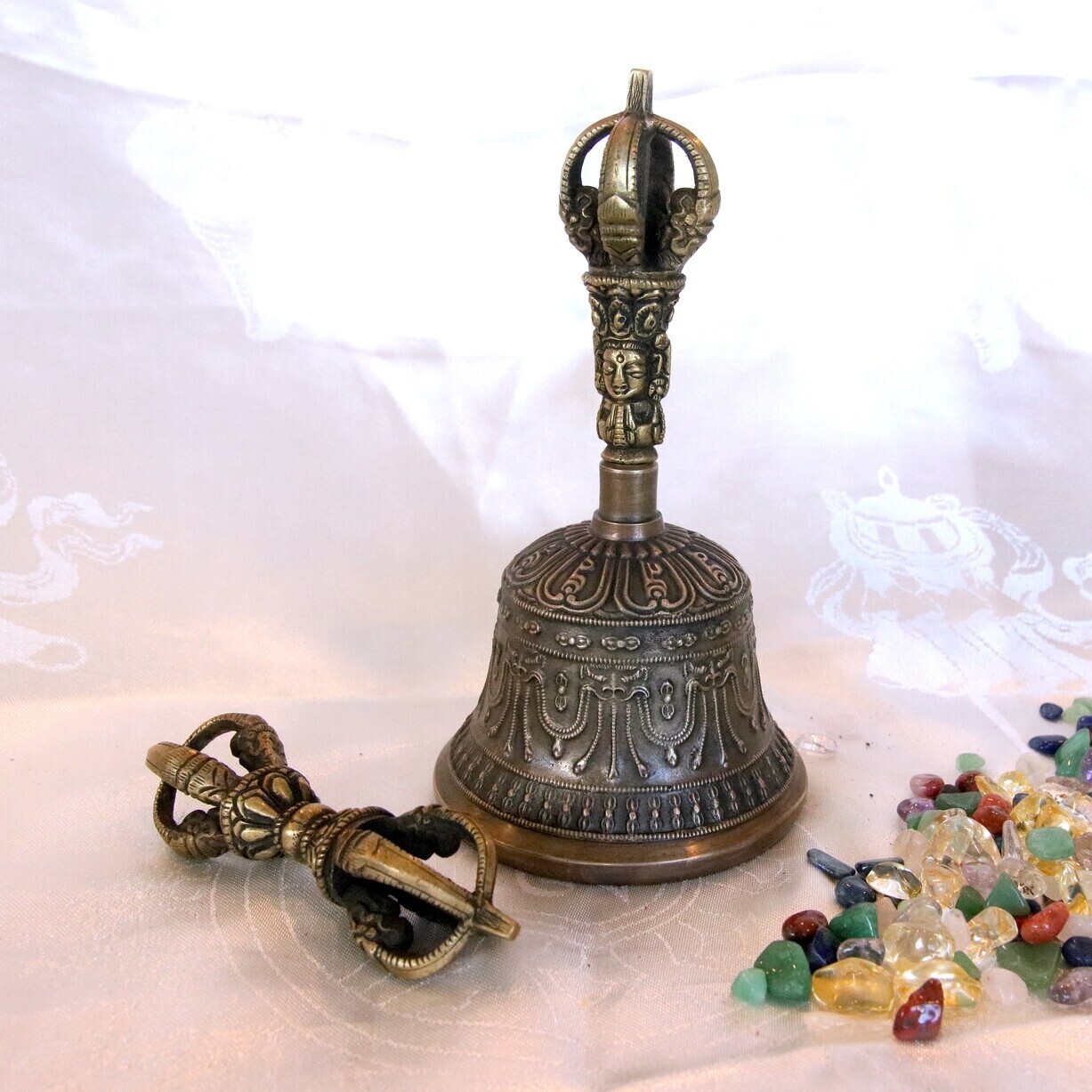 The Dorje (Vajra) and Bell are indispensable liturgical instruments used during Tibetan Buddhist ritual recitation. They are usually regarded as one object, are matched and used together.

The Vajra is a five-pronged ritual object extensively used in Tibetan Buddhist ceremonies. It is the symbol of the Vajrayana school of Buddhism. Vajra has both the meaning of “thunderbolt” and “diamond”. Like the thunderbolt, the Vajra cleaves through ignorance. The Vajra, like the diamond, is indestructible. At the outer level, these two implements represent the indivisibility of Means (the Vajra) and the wisdom of recognizing Emptiness (the Bell). The face appearing on the Bell's handle is associated with Transcendent Insight.

Dorje and Bell are inseparable as a set. The pair comes with each beautiful brocade cover.