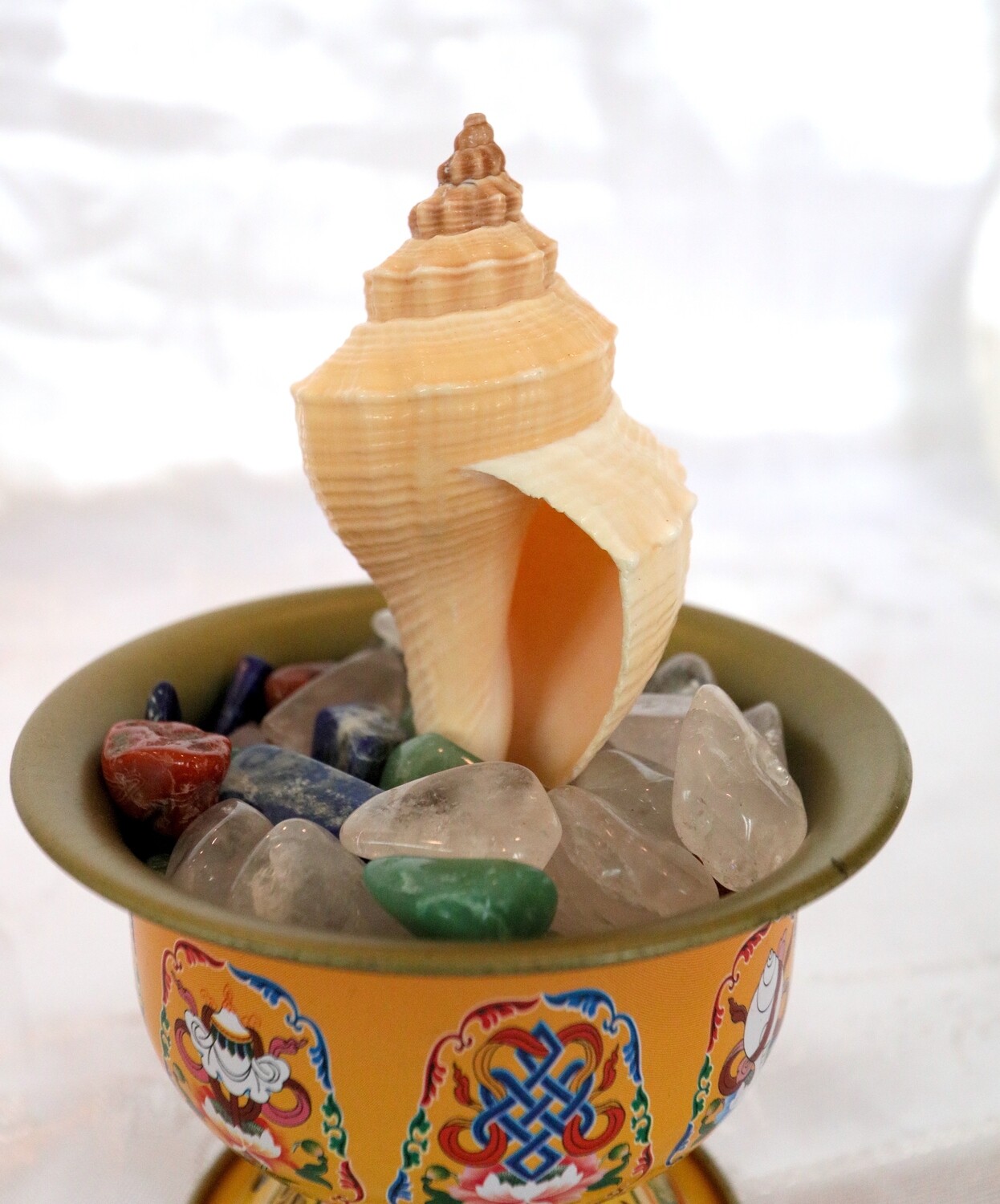 Making offerings to the Three Jewels is a wonderful daily practice. Recalling enlightened qualities and cultivating a generous attitude and delight in giving is a wonderful way to start the day.

In Buddhism right-turning white conch shell is one of the auspicious symbols, its sound represents all-pervasive melodious sound of Buddha's teachings, that awakens from the sleep of ignorance. Offering music reminds us of impermanence. When we use a conch shell as a symbol of the offering of music, it can be placed in the 8th offering bowl vertically.

Traditionally, it is said that musical instruments are derived from the meditative visions of high lamas. The musical tones produced are not aimed at human ears, but as expressions of ultimate truths realized through meditation. Conch trumpets are primarily played during peaceful deity practices and produce a warm and deep tone.

You may also choose to purchase the whole set of Eight Offerings.

**Offering cups and crystals are for display ONLY and not included.